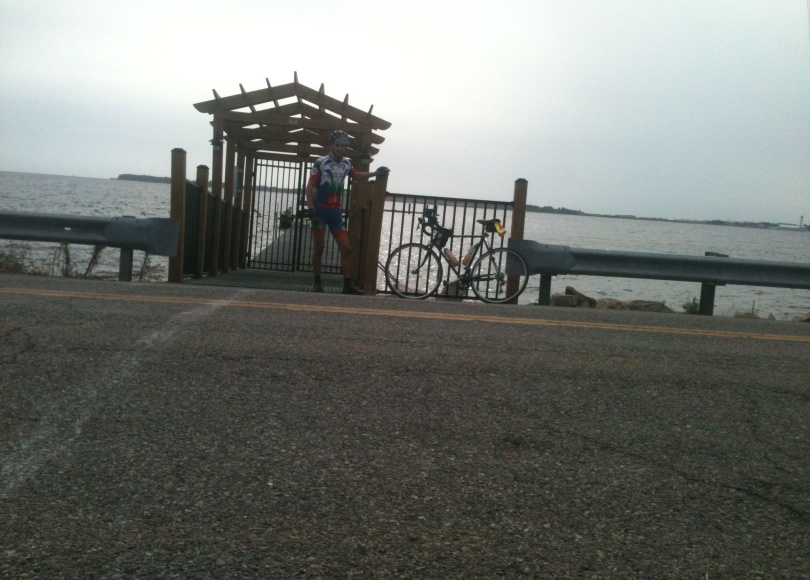 I decided to race another brevet. Sailing down to Solomon’s permanent was a good option.  I’m very familiar with this route. It is also relatively flat, so it was the perfect training ride. It is probably similar to Florida, where my first 24 hour race will take place in February. Flat, windy and cool.

My selected start time was 6:30 AM. Hopefully I can avoid some traffic and wind that way. My breakfast was few muffins and a coffee. This is what I get for arriving late. That is something I would change for next ride . At least I was well-stocked on food for the ride.

It was still dark for the first 30 minutes. My plan was working. Wind and traffic were very favorable. After the first three hours I was feeling great and pushing strong. It wasn’t that hard to stay above 20 mph on the flats. The overall average speed was about 19 mph. This seems to be my limit for now, and I’m working on improving it. I need to install my aerobars and shop for a nice set of wheels. The wind was bigger challenge than the hills today, so I tried to stay in a nice aerodynamic position. 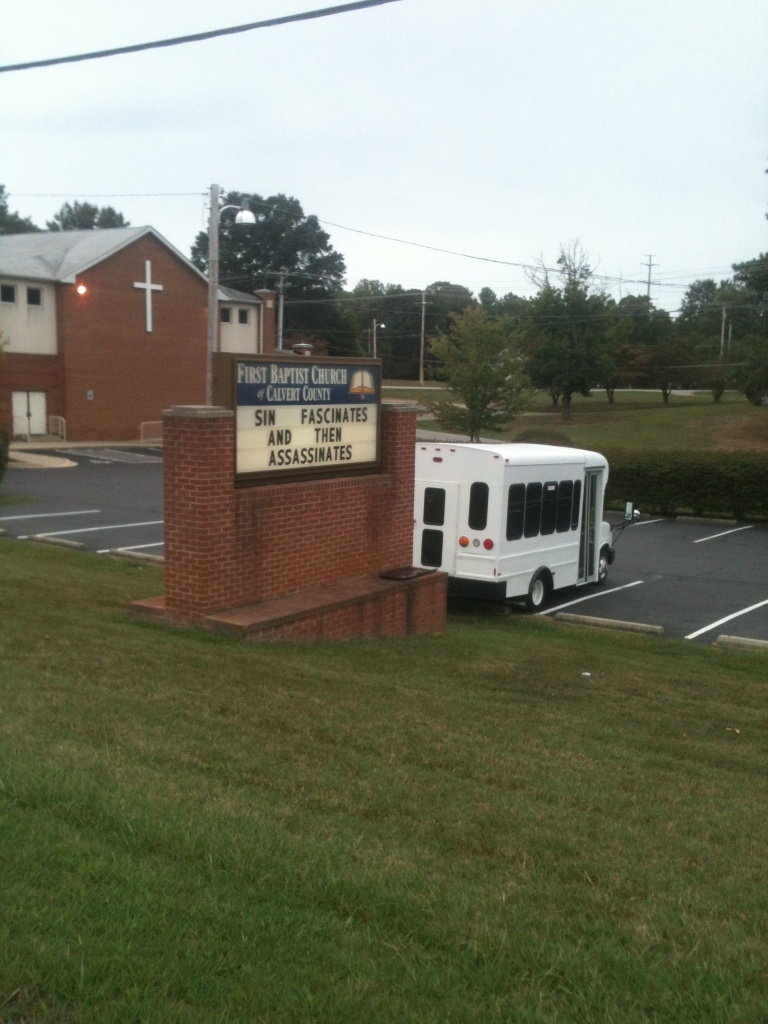 No matter how fast you are moving you cannot miss church sign like this. I had to slow down and snap a picture 🙂

I was soon on MD 2 S. Maintaining above 20 miles per hour speed, just flying down towards Solomon’s islands. And at 9:40am , after three hours and ten minutes 58.5 miles were behind me. Plus, I was still feeling great. There, I got off the bike for maybe 3 to 4 minutes. 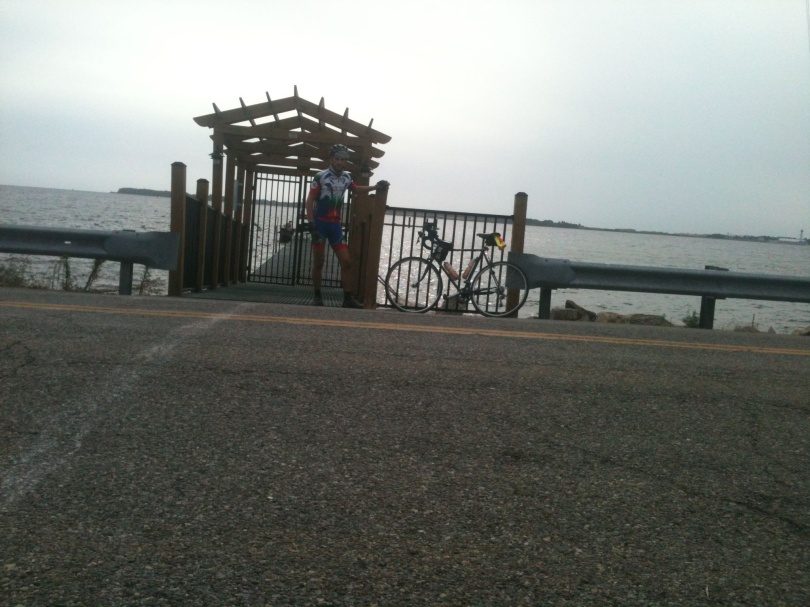 Great time to stretch and enjoy the scenery.

The wind obviously intensified, but I continued to push on. I can tell by the big waves in the ocean. 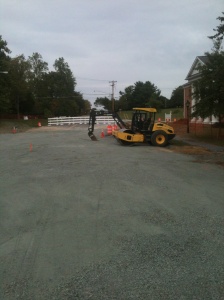 I soon arrived at a roadblock due to construction work.

It was really only one hundred yards long. They were two signs blocking the road before making a right turn onto Armor Rd. So I went by the barrier and rode my bike on the gravel for a bit. It wasnt really an issue , just  slowing me down a bit. 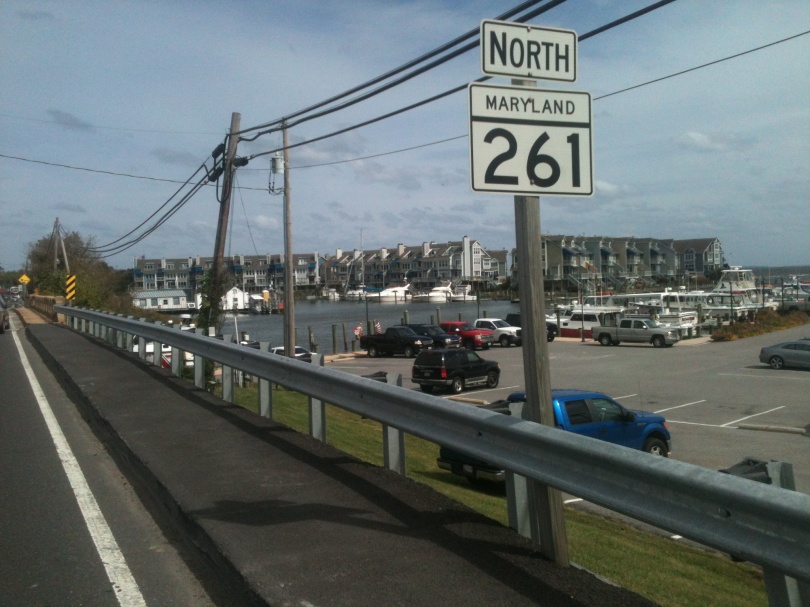 Soon afterwards I was on MD 261 approaching Chesapeake Beach.

My next control was here. On the previous attempts at this ride, I had lunch at Subway. This time , speed was of the essence. I opted for walking to CVS, grabbing another chocolate milk and quickly getting back on my bike.

I faced the usual  rednecks twice on this ride. My first instance was when I saw a woman backing up. She was already in the middle of the road. Coming out of the right turn that I was about to make on Tobacco Rd. As I approached, she came out of the window of her car and just yelled :

She just didn’t look happy about seeing cyclists on the street. The second instance was yet another hard-headed redneck. He was honking his horn at me. Seemingly for no reason or just pure fun. I lifted my hands up in disbelief. He was quick to show me his  middle finger, and proudly stick it out the window holding it for about 30 seconds. Unbelievable !!!

On my way back from Solomon’s Islands felt like the wind was always against me. It felt hilly as well.  I had a bold goal to get under eight hours for a 200 km ( actually 207). I knew that to accomplish it I needed to keep my average speed 18 mph or better, and limit my stops to a minimum. 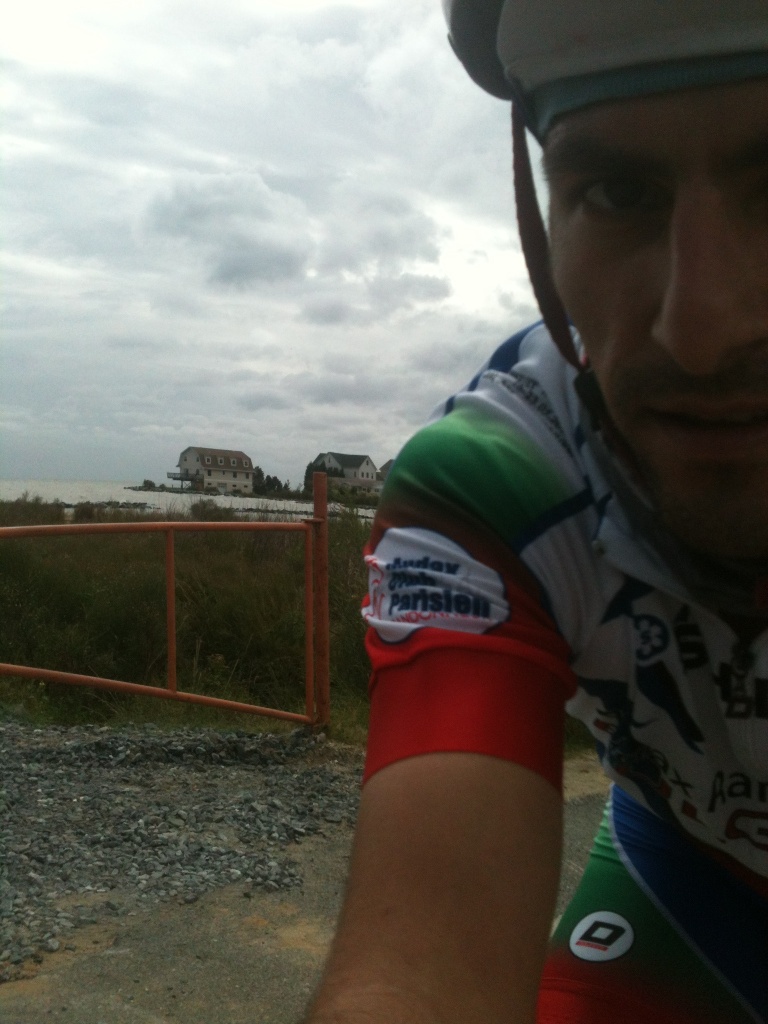 I was approaching the last 30 miles of my ride

Fatigue was slowly setting in. But I knew that if I wanted to reach a sub eight hour finish, I need to continue pushing on. And continue pushing on i did… The problem now was that traffic intensified, and so were the winds. Luckily, I wasn’t wasting much time at traffic lights. 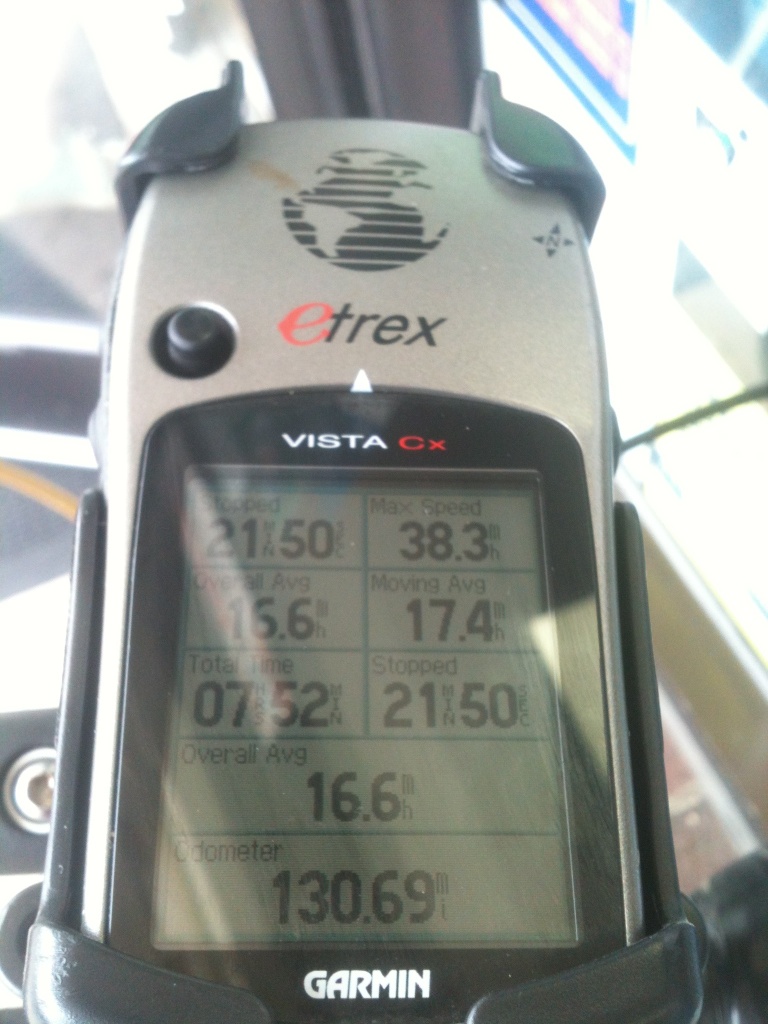 Mission accomplished. Maybe there is hope of completing 350 to 400 miles in 24 hours. 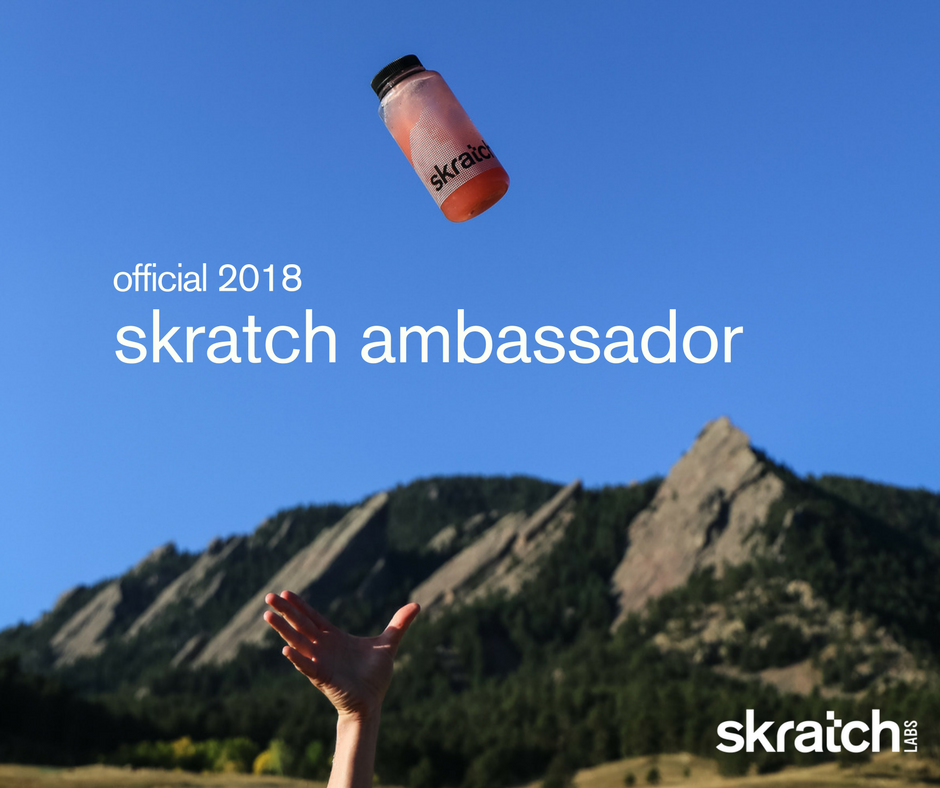