There is another goal on the horizon – American Explorer Award.  Here is what this award is according to RUSA :

” By definition, a randonnée is a long ramble in the countryside. The American Explorer Award recognizes the achievements of RUSA members rambling across the United States. The award is earned by riding events that cover at least ten (10) different U.S. states and territories “

My interest in this award started when I completed successfully NJ East Creek 600k  early this year. Living in Maryland I had easy access to DC and VA as well. Many DC Randonneurs rides go into PA  as well – this was  half the states I needed for the award. On Saturday the plan is to go to WV and next Saturday DE. And before the year ends I would love to ride ” Capitols of the Confederacy: Richmond & Raleigh 300k” . For some reason after doing over 15 RUSA sanctioned marathons I have never visited DC.

After researching on the web I decided to go for the  Exorcist’s Escape 100k. The start point was 30 minute drive and it seemed like a good choice. I knew from the description that the event was held on bike trails. There were some in NJ and few on our longer brevets in VA. I did not know what to expect for 70 miles on a trail.

The second goal of the day was to test my sleep deprivation. My adventure started after 7 hours of night shift  work, and two hours spend in preparation. The plan was  to begin at 7am , but I actually did not make it there on time. Navigating in DC sometimes could be tricky.  First control was across the bridge from Theodore Roosevelt Island. My information was that there was free parking on the island available for all visitors. Quick inspection of my bike and gear, and I was on my way. The sun was just rising on the horizon. You can see the bright reflection in the water under the bridge. People were  kayaking underneath, others doing morning jog on the bridge.  Stunning picture ! ! ! 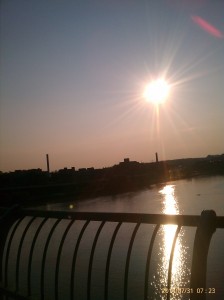 The first few miles were kind of awkward. From one trail to the next, then from one sidewalk to another. I was going up this trail, so tiny with sharp 90 degree curves. Plenty of foot traffic and cyclists. I think I am already getting dizzy. . . I then entered  Washington and Old Dominion trail. This is where I was going to be all day. I just didn’t know that yet !

The ride was mostly flat. The goal was to get to Leesburg, VA in two and a half hours, and then go back the same way. I feel like this was my last long bike ride on trails. Don’t get me wrong – the trail itself was nice. They even have bathrooms, changing stations… etc

It is just too one-dimensional for me. I cant stand it ! And I am sure there are regulars that use it every day. Much respect to them!  There is no change in scenery , you are enclosed in this tiny paved trail, surrounded by trees on both sides. Nothing else. And you also need to pay close attention to everyone else. There are also the signs that most people obey , but some don’t. Like step off the trail if you are stopped, so everyone else can pass by. 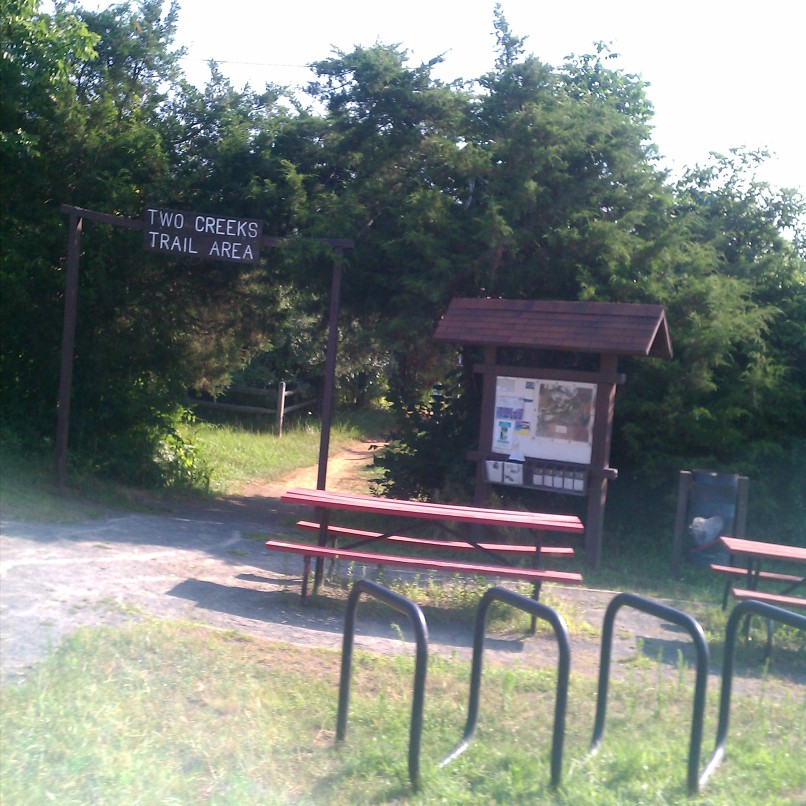 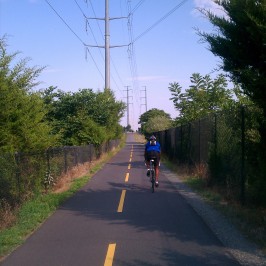 I was delighted to be in Leesburg before 10. I felt a little less out-of-place out in the open. Had a breakfast muffin  , enjoyed 5 minute break and left. I also absorbed as much as possible from the outside world of bike trails – streets , palm trees in front of the stores and such  . . . what a relief !

There was not much to be seen on the way back to DC.  The route travels the same way in reverse. One nice thing was the morning singing and entertaining they had for the kids. Love it

After few more hours my adventure for the day was over. As I crossed Francis Scott Key bridge I had trouble finding the parking lot. Where is my car ? 🙂 I guess the sleep deprivation was not helpful. I had trouble concentrating and keeping my eyes open while yawning at noon 🙂 The car was found eventually. At least I was able to take some nice pictures of Georgetown while crossing the bridge 4 times.